According to the Montauk Project story, a WWII experiment to elude Nazi radar led to breakthrough accomplishments in mind control, time travel, and interdimensional portals.

The Montauk Project just might be the motherlode of lesser-known conspiracy theories. Time travel, teleportation, and mind control are all integral to the story, while contact with aliens and the staging of Apollo moon landings add color to an already wild yarn. Yet even after all that and the fact that it inspired the wildly successful Netflix series Stranger Things, relatively few have even heard of the Montauk Project story.

So how is it that the Montauk Project — which purports that shadowy elements of the U.S. military turned a pair of military installations on the far reaches of Long Island into a hub of illicit, chilling research into the paranormal — has gone overlooked?

Perhaps it’s because the story originated in sources that are dubious even by conspiracy theory standards. Though even if the Montauk Project itself is fiction — which it surely is — the Central Intelligence Agency’s documented history of disturbing experiments like the ones supposedly carried out at Montauk mean that this theory will stay intriguing for the few who know it. And with the popularity of Stranger Things firmly established, perhaps the Montauk Project’s time in the spotlight might finally be just around the corner.

The Bizarre Origins Of The Montauk Project Story 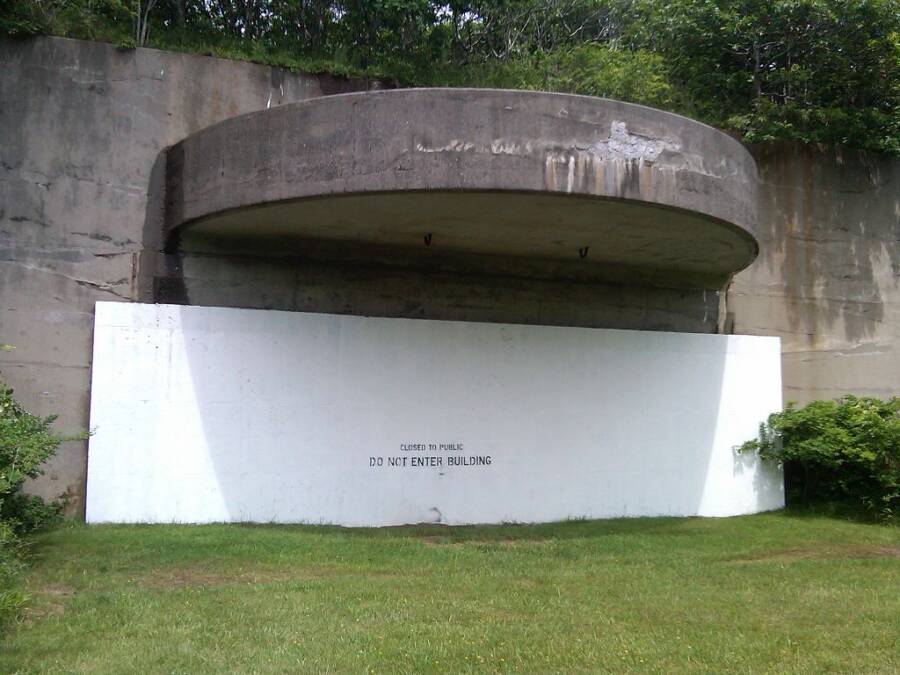 Wikimedia CommonsThe Montauk Project allegedly involved the abduction of orphans and runaways who were subjected to physical and psychological torture.

There were already rumors that the American military had been conducting experiments in psychological warfare on the eastern end of Long Island as far back as the mid-1980s, so Nichols’ book added fuel to an already existing fire. 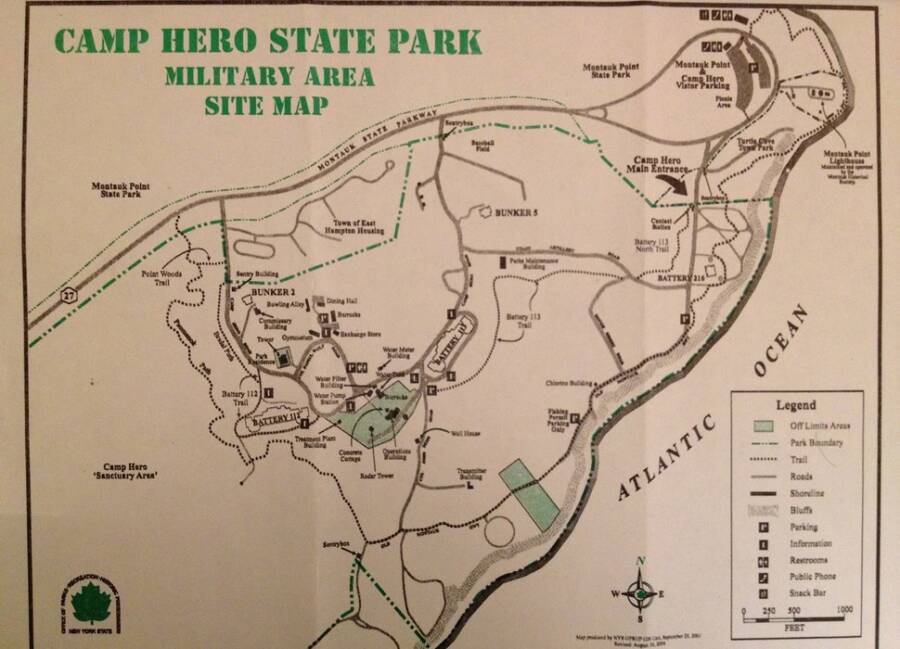 Both Camp Hero and the Montauk Air Force Station — the Army transferred a portion of Camp Hero to the Air Force after World War II — were said to be the hubs of this paranormal research. Nichols begins by saying that he wrote the book after “recovering” memories of his time as a researcher for the project and then goes on to give an account detailing the interior of the facilities, its procedures, advanced technologies, and numerous paranormal incidents he claims to have witnessed.

After the book’s publication, others started coming forward to say that they, too, had been privy to the illicit research conducted by the Montauk Project, beginning the process of circular reinforcement that is the essential mechanism of a conspiracy theory. 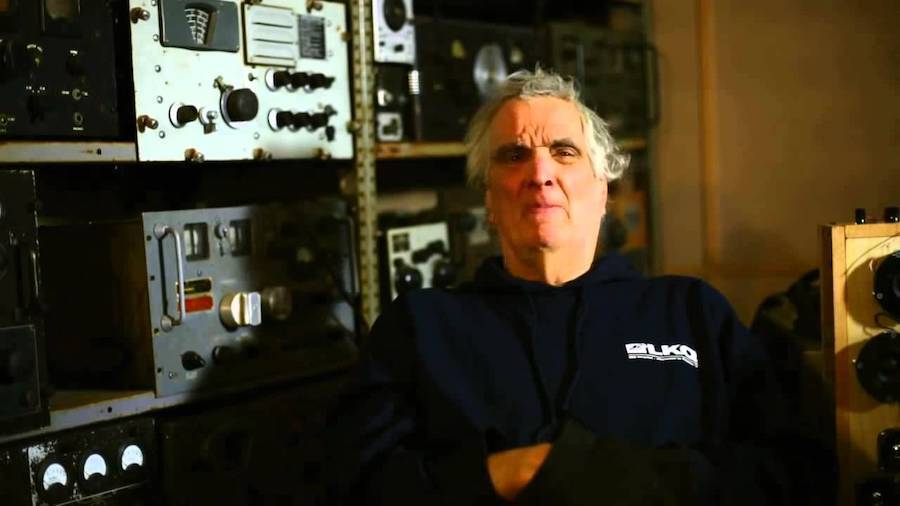 YouTubeNichols claimed he eventually recovered repressed memories of his true identity, and that he himself had worked on the Montauk Project.

In terms of his actual claims, Nichols’ book goes all-in: experiments in mind control and telepathy, opening space-time portals to other dimensions, contact with alien life and the abduction of runaway children — all under the authority of a U.S. military program financed by Nazi gold recovered during World War II.

With so many claims in play, untangling it all is an epic undertaking. Fortunately, we at least know where to start. 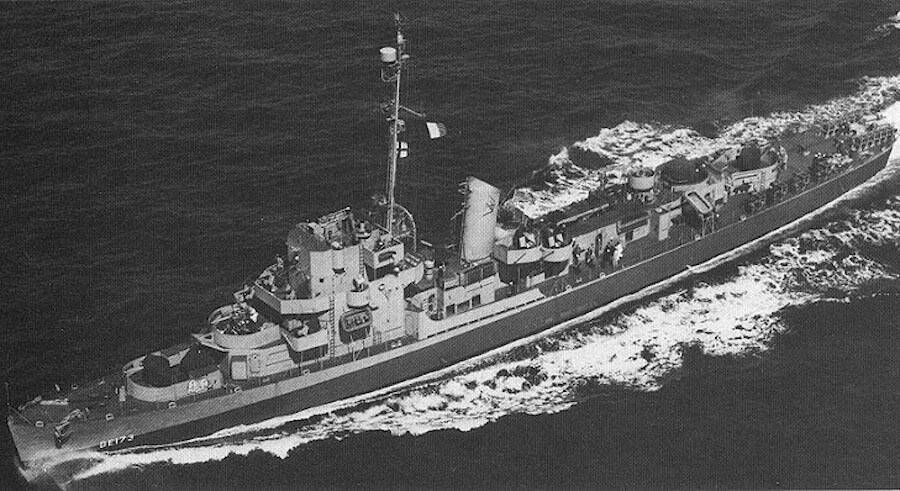 Wikimedia CommonsSome continue to believe that the U.S. Navy’s alleged research into radar invisibility in 1943 not only made the USS Eldridge vanish completely, but actually transported it to Norfolk, Virginia.

The story of the Montauk Project intersects with a longstanding and somewhat well-known conspiracy theory regarding the so-called Philadelphia experiment of 1943. According to the lore, the U.S. military was trying to find ways to bypass Nazi radar during World War II by using electromagnetic fields.

The various versions of the story say that the military successfully developed a technique that rendered the USS Eldridge, stationed at a naval shipyard in Philadelphia, not just invisible to radar but completely invisible to the naked eye. What’s more, the ship was supposedly then transported through a hole in space-time to Norfolk, Virginia, more than 200 miles away.

When the Eldridge reappeared at the Philadelphia shipyard several minutes later, some crew members had been fused into the bulkheads of the ship or had rematerialized inside-out. Those who weren’t were driven insane by the disorientation they experienced while the ship was in a so-called “hyperspace bubble” that existed outside of space-time.

Obviously, there are many, many things wrong with this story, and nearly all of the key details are either disprovable through obvious chronological inconsistencies or violations of the established laws of physics. Moreover, no two retellings of the Philadelphia experiment story are ever the same and people who actually served on the Eldridge in 1943 dispute the story entirely. Nonetheless, this conspiracy theory had been bouncing around for a few decades before it helped give birth to the Montauk Project story.

A Tale Of Two Portals: From The Philadelphia Experiment To The Montauk Project

In 1984, a schlocky, otherwise forgettable B-movie was made about the Philadelphia experiment, aptly titled The Philadelphia Experiment. When a 57-year-old man named Al Bielek saw the movie in 1988, he claimed that he experienced an overwhelming sense of déjà vu.

Using new age therapies and practices, Bielek said that he was able to unlock a massive store of repressed memories about his extensive involvement not just in the Philadelphia experiment but in something called the Montauk Project as well and that the two were intertwined.

Suggesting that his memory had been wiped using the CIA’s MK-Ultra techniques to maintain the secrecy of the program, Bielek claimed that his real name was Edward Cameron and that he and his brother Duncan Cameron were crewmembers on the Eldridge in 1943 when they were in their 20s.

Bielek told his story to an audience at the Mutual UFO Network conference in 1990, saying not only that the Philadelphia experiment was real, but that he and his brother were aboard the ship when it happened. He said that none other than Nikola Tesla himself had engineered the “equipment” that caused the Eldridge to break out of space-time and that it had even opened up a wormhole to the future, which dropped the two brothers in the middle of Montauk’s Camp Hero on Aug. 12, 1983. 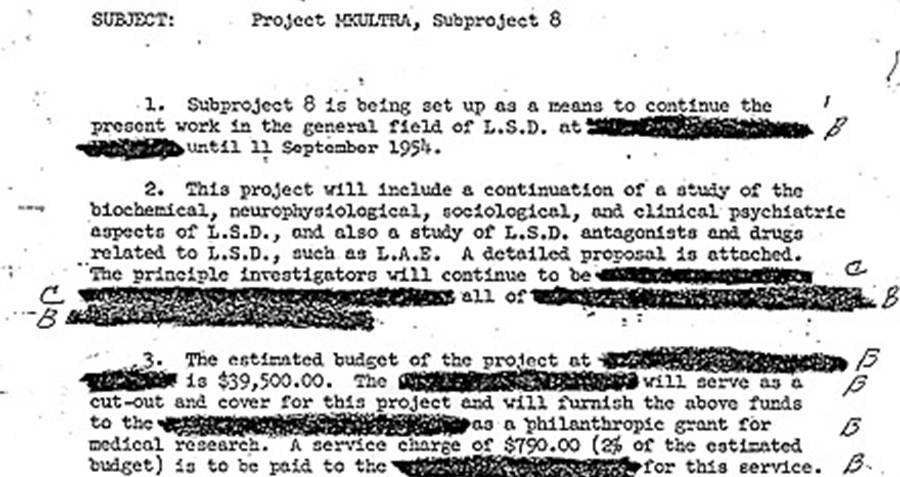 At this point, Bielek’s story becomes so convoluted and self-aggrandizing that it’s really not worth getting into, but the thrust of it is that he and his brother joined up with the Montauk Project, which had grown out of the electromagnetic research of the Philadelphia experiment. Bielek claims he befriended Nichols in the 1970s and that together they developed the “Montauk Chair,” a mind-reading device that was a central component of the entire project and helps provide a window into the specifics of its supposed research.

The Montauk Chair, Psychic Espionage, And Portals Through Time And Space

Nichols details his alleged work on the Montauk Chair in his book, claiming it used electromagnetism to further the psychic powers of whoever sat in it. Duncan Cameron — in a stroke of uncanny coincidence — happened to have substantial psychic abilities, including the ability to manifest objects with his mind using the device.

This may sound familiar to fans of Stranger Things, where a similar device is used by the character Eleven, played by Millie Bobby Brown, to open a portal to the parallel, alternate dimension called the Upside Down. In the Montauk Project lore, Cameron and other project researchers would use the Montauk Chair to similarly open portals through space-time.