Some of this year’s biggest films were trounced at the People’s Choice Awards in the US, when a relatively unknown movie based on a piece of One Direction fan fiction was named best drama.

After, which has a score of just 17% on Rotten Tomatoes, beat the likes of Us and Rocketman to take the prize.

It started life as a self-published e-book about a university student who gets seduced by Harry Styles.

In the film, he is played by Ralph Fiennes’ nephew, Hero-Fiennes Tiffin.

To avoid legal issues, the character is renamed Hardin Scott for the movie – but otherwise, he is the same “rude boy with too many tattoos and piercings” who appeared in author Anna Todd’s original book.

As the title suggests, the People’s Choice Awards are voted for by the public.

Tiffin, who was previously best known as Tom Riddle in the Harry Potter series, posted a video thanking fans for their support at the US awards show.

Australian actress Josephine Langford, who played the film’s heroine, Tessa Young, also thanked the “many people” who voted for After.

“You deserve your own award.”

Todd also thanked fans, saying “you guys voted your hearts out for our little movie and we don’t have enough words to thank you.” 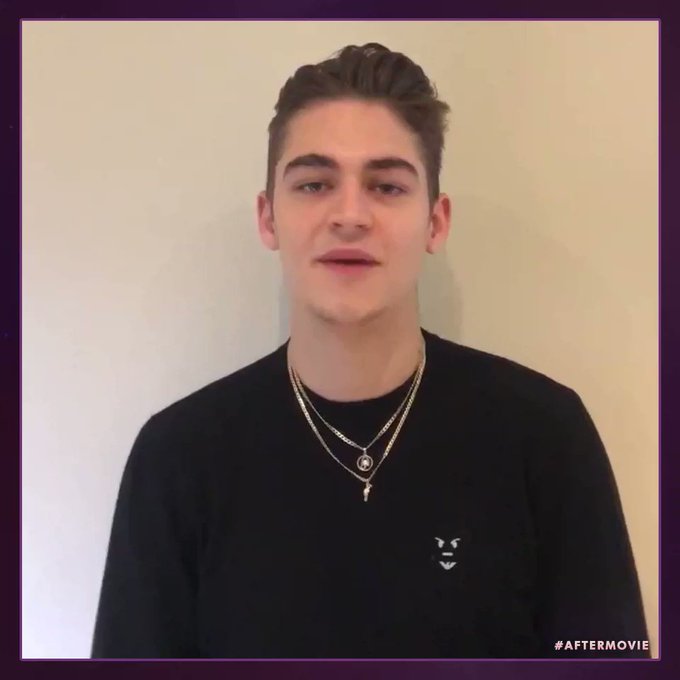 The 30-year-old first posted her One Direction fantasy to the story-sharing app WattPadd in 2013, under the pseudonym “imaginator1D”.

“When I started I had no followers but I did it for fun,” she told the BBC last year. “After I wrote the first chapter I wanted to know what happened – so every day I would write a chapter and it became more popular.”

Written on a mobile phone, the tale quickly found an audience – it has been read more than 604 million times to date – and Todd landed a book and film deal.

The movie adaptation came out in April, but failed to find favour with critics. Variety magazine was fairly neutral, calling it an “innocuous teen pulp soap opera” but the Los Angeles Times was more scathing, criticising the “bad writing and barely sketched characters”.

The Film Stage agreed, concluding that “the talented cast is burdened by a dead on arrival screenplay that waters down what could have been an intoxicating tale of first love”.

The sequel, After We Collide, recently finished filming and is due for release next year.Skip Youtube post by MovieAccessTrailers

Collard: Soul singer on sex, spirituality and ‘looking up to oddballs’