End of Earth is close? Another prediction and the truth

How to Change Someone’s Mind in 10 Steps

If they really crave freedom this badly, it seems cruel not to let them have it.

The Duke and Duchess of Sussex’s yearning to go freelance (sorry, carve out a “progressive new role” within the institution of the royal family) may have burst into the open at the worst possible time for a troubled monarchy – but on a human level it’s easy enough to understand.

Like countless millennials before them, they itch to be their own bosses, shrug off the petty bureaucratic constraints of corporate life, travel the world and above all be happy. For him, that means no more struggling to conform to a role about which he has been ambivalent since childhood, to the point at times of threatening his mental health. For her, it’s a break from the hostility of the British press and the pressure to become an old-fashioned wife with no opinions of her own, plus the chance to raise baby Archie partly in north America.

If Buckingham Palace has responded with the barely stifled horror of a pushy parent whose son drops out of university to become a professional YouTuber, that’s in part because all this exposes an intergenerational clash of values with which many modern families are struggling. An older generation with a stiff-backed sense of duty, appalled by what they see as the grandchildren’s navel-gazing pursuit of self-fulfilment and emotional meaning at work, is finding it hard to come to terms with change. But the couple’s ambition to become “financially independent”, rather than relying on the taxpayer, while still keeping one foot in royal life raises practical questions that are harder to dismiss. How, exactly, are they planning to make that kind of money without dragging the head of state through some dubious commercial mud?

Royal memories of past attempts at entrepreneurship are still very raw. The Countess of Wessex, married to Prince Edward, was forced to resign from her PR firm when an undercover reporter from the News of the World, posing as a potential client, taped her gossiping indiscreetly about Prince Charles and Tony Blair. And nobody wants to be reminded of Prince Andrew’s disastrous entanglement with the billionaire sex offender Jeffrey Epstein. There’s talk of the Sussexes leveraging their unique mix of royalty and Hollywood celebrity to become globetrotting ambassadors with a social conscience, a bit like George and Amal Clooney or the post-presidency Obamas – backed perhaps by their own charitable foundation. But foundations drink money and it’s not easy finding billionaires with spotless ethical records, willing to donate for strictly altruistic reasons rather than in the hopes of cashing in on the royal connection.

Perhaps the Duchess could go back to acting, but the harsh reality is she will inevitably be cast less because she was once in the television show Suits than for the publicity value of having a real-life royal on set. And if there are downsides to all these projects for the breakaway couple, it’s even harder to discern what’s in it for the rest of the monarchy beyond extra ribbon-cutting duties and an alarming sense of being left behind. 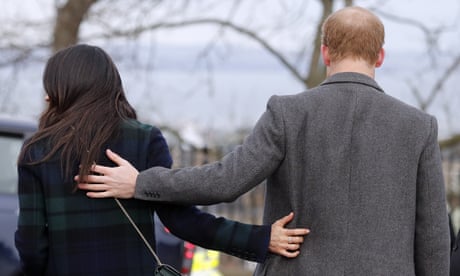 Meghan and Harry: a timeline of their highs, lows and media woes

For, like all soap operas, the royal fairytale thrives on romance, glamorous dresses and babies; it needs its younger cast members to keep the punters hooked and Meghan, in particular, had captured the imagination of a generation not otherwise very invested in the royals. Without her, the future of the franchise looks decidedly rockier, with everything resting on the steadier but less exciting Duke and Duchess of Cambridge. No wonder that palace statement talked of “complicated” issues in need of ironing out, and of talks being at an early stage. However gilded their cage, it seems unfair to keep the Sussexes in captivity for ever. But it may be more painful than it looks for the Queen to let them loose.

• Gaby Hinsliff is a Guardian columnist

Lose 220kg, beat back pain, love yourself: personal trainers on lessons that changed their lives

SINGAPORE - As school resumed on Tuesday last week, many parents probably breathed a sigh of relief after the unprecedented...

Pop singer Gracey had always had a rasp in her voice - a distinctive, leonine quality that brought her songs...