since late summer, many LGBTQ+ users’ newsfeeds have begun to display medically incorrect targeted advertising. These ads pertain to Truvada, a one-pill-a-day pharmaceutical that has been demonstrated to reduce the likelihood of HIV transmissions by as much as 99%, making it a key mechanism in the decades-long fight against HIV/Aids.

“Side Effects from taking an HIV Drug …” reads one badly punctuated message, full of random capitalizations. “The manufacturers had a safer drug & kept it secret … They kept selling the dangerous one.”

That ad, which runs on Instagram as well as Facebook, is paid for by the Virginia law firm. It cites unspecified bone and kidney conditions as side-effects from Truvada, dangling the prospect of financial compensation from what appears to be a nascent product-liability lawsuit against manufacturer Gilead Sciences. 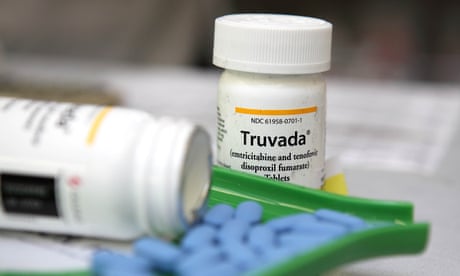 “PrEP is safe and generally well-tolerated,” says Trevor Hoppe, a sociologist of sexualty, medicine and the law. “Any misinformation to the contrary is likely bad for public health, especially communities hardest hit like gay men in the US.”

Addressing the ad’s claim of bone damage, the San Francisco Aids Foundation  Truvada’s effects are “not clinically significant”, adding that it “has been shown to cause a 1% decrease in bone mineral density, a change that reverses once the medication is stopped.”

The most forceful response came in the form of an that the LGBTQ+ advocacy organization Glaad published on Monday, 9 December, co-signed by more than 50 prominent LGBTQ+ and public-health organizations, with politicians like Governor Andrew Cuomo of New York and Senator Elizabeth Warren of Massachusetts subsequently joining. Calling on the social-media giant to remove the misleading ads, the signatories demanded that Facebook commit to “a review and potential update of current advertising policies to prevent false or misleading public health statements from reaching users”.

That reach may be quite extensive.

“There’s definitely more than one ad,” says Rich Ferraro, the chief communications officer for the LGBTQ+ advocacy organization Glaad. “There’s a range of personal-injury law firms running them, and there were millions of views on some of them.”

Using the the Washington Post determined that six anti-PrEP ads from personal injury firms Lawsuit Watch and Advocate Alliance Group got as many as 1.3m views on Facebook.

“Doctors were citing these ads as reasons why people who should be on PrEP were not,” Ferraro says. “What makes them so unique is the targeting ability. There’s a drought of information about HIV-prevention in mainstream media and even in LGBT media, and so at-risk people are seeing them in their newsfeed.” 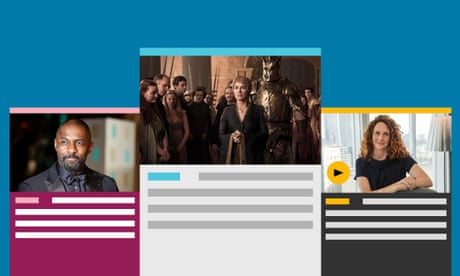 The risk here isn’t so much that people may be misinformed as that it could roll back decades of hard-won progress against HIV/Aids. In working to transform the disease from a death sentence to a chronic condition that can be managed with appropriate treatment, public health advocates have worked tirelessly to establish trust and bring hard-to-reach populations like sex workers and intravenous drug users into the system.

” has long been the mantra, a number that refers to zero new transmissions, zero deaths from complications arising from HIV/Aids and zero stigma. In San Francisco, the number of new infections citywide went from a recent peak of 453 in 2012 to a low of 197 last year. Organizations such as the San Francisco Aids Foundation have cited PrEP as a significant contributor to this success, always with the caveat that progress is fragile. Racial disparities remain, and hard-to-reach populations are often the first to fall out of care.

That Facebook tolerates debunked claims on its platforms shouldn’t really be a surprise. After all, the company has publicly disavowed any responsibility to factcheck political advertising, a profit-first decision reached despite

But they’re not always consistent, either. Peter Staley of PrEP4All Collaboration noted that the company doesn’t always a take hands-off approach regarding the veracity of ads. For instance, the company a New York medical provider that works with Asian and Pacific Islanders from raising awareness about PrEP in those communities.

At the same time, Ferraro notes, Glaad’s relationship with the company has been quite strong. In 2010, the organization helped established Facebook’s , which was instrumental in combatting online bullying and expanding the site’s gender-identity options. In an echo of the present controversy, they also worked together in 2018 to remove ads for so-called conversion therapy, something Ferraro calls “a dangerous and debunked practice”.

This time might be different because of the way Facebook now evaluates truths and falsehoods. When Glaad contacted the company’s public-policy team, they were redirected to a public-facing advertising policy page that lists approximately a dozen reasons why Facebook would remove ads, including “misinformation”.

“They’ll take them down when experts question things,” Ferraro says, adding that another avenue is through third-party factchecking agencies.

“There are six of them in the United States,” he adds. “We contacted five.”

The sixth is awith a subsidiary of the website the Daily Caller, an “alt-lite” site founded by Tucker Carlson and known for as “special treatment”.

Needless to say, Glaad would not be satisfied with that website weighing in.

“The fact that the Daily Caller is potentially making a call on ads that deal with issues of HIV prevention is something Facebook should not hide behind,” Ferraro says.

Facebook did not return a request for comment. In the absence of a change in corporate policy, Glaad has decided to purchase an ad buy to promote its open letter, in the hopes that LGBTQ+ users read and share it.

“If they’re going to continue profiting off harming public health, our community is going to call them out,” Ferraro says. “As much as they support their LGBT employees, their platforms have become places where anti-LGBTQ organizations can do serious damage. Instead of trying to educate their audience, they are instead helping the spread of HIV by sitting idly by.”

It is the opacity and the lack of accountability that infuriates advocates as much as the false ads themselves – which, incidentally, continue to run.

This is just the latest front in the low-intensity conflict with the LGBTQ+ community that Facebook has waged for the better part of this decade. Drag queens against the company’s “real-name” policy, which was seen as transphobic and potentially dangerous to individuals who may not be out (as well as for domestic-violence survivors). Its use of identifying ad data may of queer users in countries like Saudi Arabia, where homosexuality is punishable by death. There is a widespread perception that the prudish platform regarding same-sex content while when policing homophobic hate speech.

To be fair, however, criticism of PrEP hasn’t come exclusively from manipulative attorneys or even the homophobic quarters of the political right. Michael Weinstein of the Aids Healthcare Foundation famously  it as a “party drug”, implying that it’s some kind of intoxicant. Weinstein’s underlying point – that Truvada will reduce condom usage, leading to an increase in other sexually transmitted infections – has a kernel of truth to it, but there are ways to address unintended consequences without delegitimizing medical science.

In a climate where trust in expertise is already dangerously low, the spread of doubt represents a big step backward in the fight against the greatest public health crisis of the past half-century. And Facebook has allowed itself to become a passive vehicle for just that.

The prize app designed to help deaf children in school