These colorizations from the battlegrounds bring a terrifying new understanding to the unprecedented carnage wrought by World War I. Dubbed The Great War, a tremendous amount of blood was shed over the course of World War I which lasted four years from July 1914 to November 1918.

In addition to being the first fully mechanized war and the first to introduce the use of chemical weaponry, World War I was the deadliest conflict human history had yet seen with an estimated nine million soldiers and 10 million civilians killed.

The conflict is often underrepresented in favor of the more modern World War II, but the realities of the Great War were every bit as horrific. But these colorized photos of World War I may help you to truly understand just how inhumane it was.

Behind The Conflict Of World War I 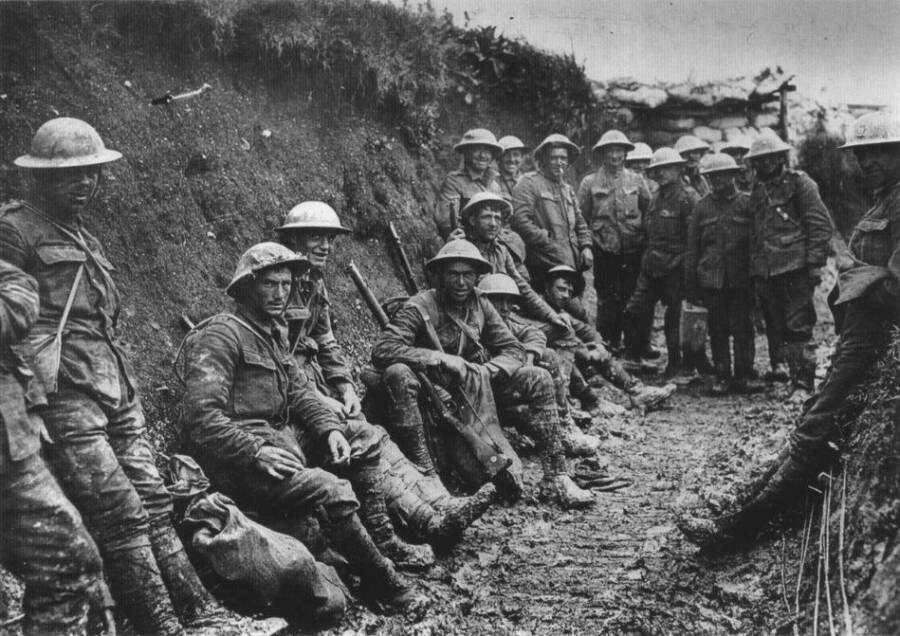 Wikimedia CommonsBy the end of the Battle of Somme, more than a million soldiers were killed or wounded. A colorized version of this photo is in the gallery above.

With the assassination of the Austrian Archduke Franz Ferdinand and his wife, Sophie, on June 28, 1914, the world was launched into war.

Eventually, all of the armed forces across Europe mobilized with Serbia, Russia, France, the British Empire, and the United States on the allied side. On the opposing side was Austria-Hungary, Germany, Bulgaria, and the Ottoman Empire.

World War I stands out not only because of how many countries became involved but also because it was the first conflict where chemical weapons and heavy machine artillery were introduced. These methods famously unleashed a worldwide pandemic of disease and ultimately death.

Scenes from the Battle of Verdun between February and December 1916.

Some of the most notable bloodbaths were the Battle of the Somme and the Battle of Verdun which each killed hundreds of thousands to a million in just days.

The true extent of the war’s horrors is strongly captured in the writings of those who fought — and died — in it. As Captain Daniel Hickey of the Eighth Battalion Tank Corps wrote in his memoirs:

“He at once put up flares which made the night as bright as day. Then hell was let loose!… Machine-gun bullets cracked all round like a thousand whips…one of the tanks was lit up like a blacksmith’s fire by the quantity of bullets striking it.”

One of the most enduring first-hand accounts of World War I are the works of Wilfred Owen, a young poet who served in the war. 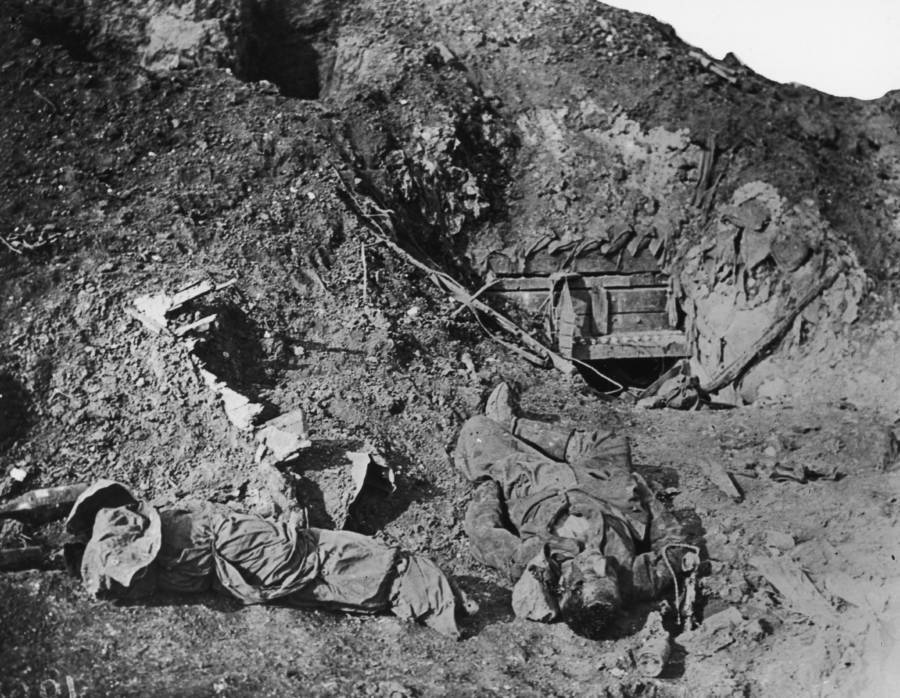 Topical Press Agency/Hulton Archive/Getty ImagesThe enormous bloodshed from the First World War earned it the moniker “the war to end all wars.”

In his poem Dulce et Decorum Est, Owen describes the death of a soldier in front of him and the terrifying nightmares that followed:

In all my dreams before my helpless sight,
He plunges at me, guttering, choking, drowning.

If in some smothering dreams, you too could pace
Behind the wagon that we flung him in,
And watch the white eyes writhing in his face,
His hanging face, like a devil’s sick of sin.

Owen’s poems portray the deep ugliness of war and are regarded as poignant depictions of the conflict. Sadly, he died a week before the “war to end all wars” ended on Nov. 11, 1918.

Displaying World War I In Color 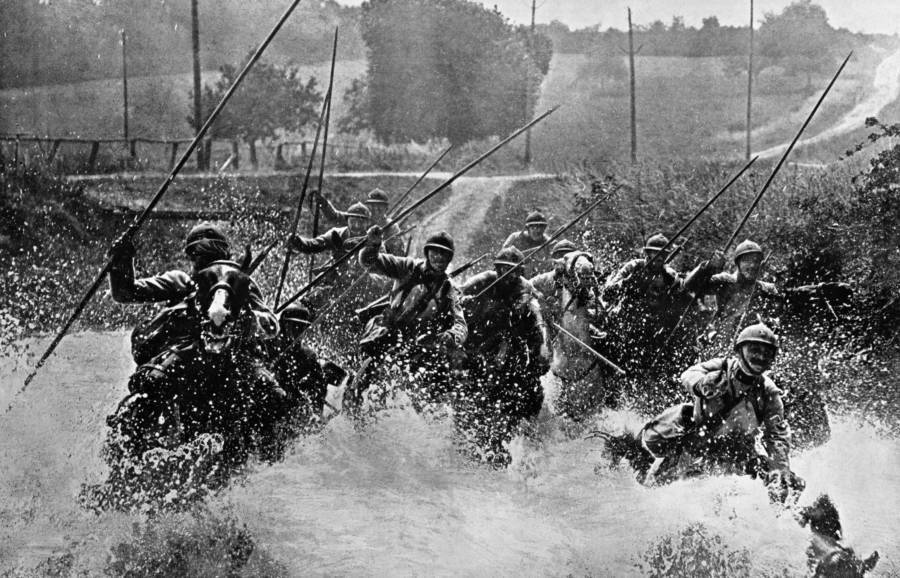 Ullstein Bild/Getty ImagesOriginal photo of cavalry troops at the Battle of Somme. Find the colorized version of this photo in the gallery.

Much of the archival footage from the First World War is in black-and-white. But thanks to advances in film technology, we can now see World War I in color. These restored photographs inject viewers with a deeper sense of pain for those lost in battle.

Modern computerized colorization was invented in 1970 by former NASA engineer Wilson Markle. The basis of his process was quite simple: black-and-white footage was copied and placed into a computer to determine the exact shade of grey of every object in the footage. Then, a palette of 4,000 shades matched each gradient of grey to color.

One of the most ambitious restoration efforts of World War I footage was the 2018 documentary film They Shall Not Grow Old by blockbuster director Peter Jackson who is best known as the force behind the Lord of The Rings saga.

See World War I in color through Peter Jackson’s astounding documentary They Shall Not Grow Old.

What’s unique about Jackson’s rendition of World War I in color is that it took hundreds of hours of black-and-white archival footage from the war to create a 90-minute film using modern colorization techniques.

Jackson’s producers for the film also converted the images into 3D, reduced the speed of the film, and added sound, bringing the stories of the movie’s late soldiers to life in an utterly compelling way.

“I wanted to reach through the fog of time and pull these men into the modern world, so they can regain their humanity once more – rather than be seen only as Charlie Chaplin-type figures in the vintage archive film,” Jackson, whose grandfather fought in the war, told the BFI. “I felt that I was learning about what my grandfather went through.”

They Shall Not Grow Old premiered at the BFI London Film Festival in October 2018 and copies of the film were distributed to the U.S. and the U.K. as educational materials for schools.

The newly colorized images in this gallery were colorized by Matt Loughrey.

How To Earn $100 A Day With Google AdSense